5 Things You Should Know About Debt Negotiations and Settlements

5 facts about debt negotiations and settlements. 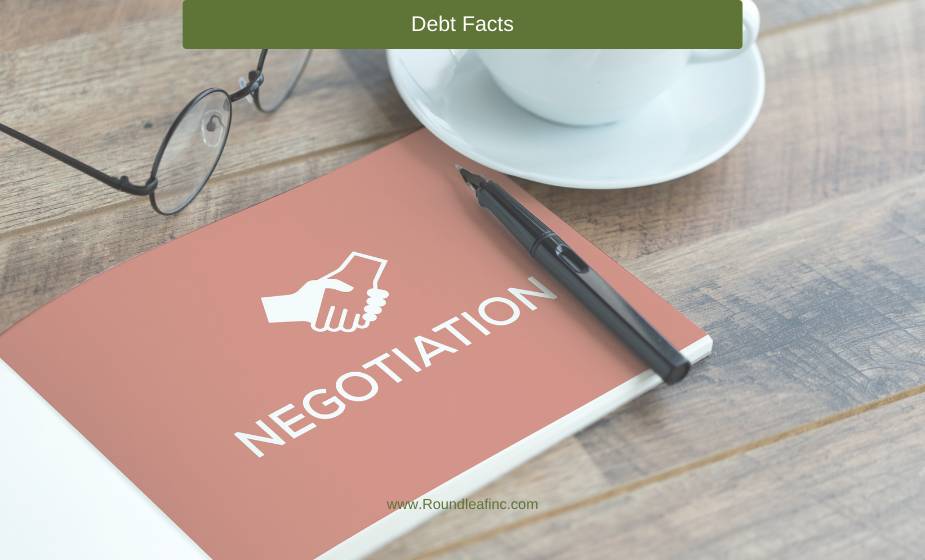 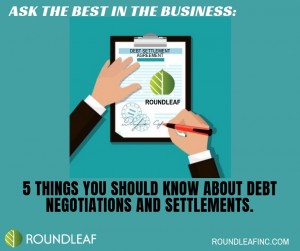 Are you in debt, chances are that you have credit cards, maybe a car loan, and even a mortgage. You might also have medical debt, business loans, or student loans that you’re still paying off.

That’s not necessarily a bad thing, as debt used correctly allows us to obtain assets, create opportunities, and afford things that are important to use, such as buying a house, getting a college degree, or having life-saving surgery.

At that point, the minimum payments alone become a burden every month, and it would take decades to pay off at a ludicrous total cost. In fact, a record number of Americans have little or no savings, haven’t planned for retirement, and are living on a tightrope paycheck-to-paycheck, in large part because of their debt.

For some consumers, when the situation becomes untenable, they turn to bankruptcy, the good news is that there may be a better option: debt settlement.

Debt settlement is a viable financial tool for some consumers who are overwhelmed with debt and trying to stay afloat financially, but it certainly isn’t for everyone, as there are risks and nuances that must be understood first.

As the industry leader in successful debt negotiations, Roundleaf Inc. is committed to providing sound education before we accept anyone into our debt settlement program to make sure it’s a good fit.

So today, we’ll cover 5 Things you should know about debt negotiations and settlement. Be on the lookout for more education to follow!

Rest assured that debt settlement is nothing illegal, illicit, or even immoral. Choosing to pursue a debt negotiation and settlement is just a business decision and, when done correctly, is actually a win-win since your bank has to voluntarily agree to any finalized settlement.

A good way to think of debt settlement is a step to take to reconcile an untenable debt situation BEFORE bankruptcy becomes the only option! With most personal bankruptcies (there are different forms of bankruptcy filings), your banks or credit card companies will recover nothing or very little, so a debt settlement may be their best option on the table, too.

Unfortunately, there’s a lot of confusion surrounding debt settlement, compounded by a lack of solid education. So, to be clear, debt settlement is NOT a credit card counseling program (those have been highly criticized and deemed relatively ineffectual), NOT a program that repairs your credit score, and not a consolidation loan where someone is paying off your debt and then you pay them back.

We defined what debt settlement ISN’T in #3, so now let’s break down what it IS. Debt settlement is a negotiation between you (and your legal representative like Roundleaf Inc.) and your lender or credit card company with the goal of paying significantly less than what’s owed. Why would they do that? Well, because most consumers who attempt a debt settlement are behind on their payments or not paying at all (or getting to that point), so it’s a form of recovery for the lender.

Debt settlement is nothing to be taken lightly, and some significant risks and nuances must be understood. Like with any negotiation, there is uncertainty as to what amount the lender will accept, or if they will accept a settlement offer at all! During the months it takes to settle, you also may not be paying your payments, so the legal timeline for debt collection will continue. Likewise, a settlement can only be finalized once you come up with the funds to pay it off (The leverage of the lump sum), so there are a lot of moving parts that need to be handled correctly – another reason to use Roundleaf Inc. for your debt settlement!

To find out more read part two: 5 more things you NEED to know about debt negotiations and settlements?

As always, contact Roundleaf Inc. if you have further questions or have significant debt and are looking for a safe and effective way out.